Week of March 19 - March for our Lives Prep!

From the organizers: We especially invite Native/POC/WOC/Queer/Trans/Immigrant/Young folks in our community. Our voices need to be heard as we are most vulnerable and impacted by the culture of violence.
B.Y.O.P.P. (Bring your own paint and/or paper!) We'll provide some supplies. However, if you have your own markers, paint, glitter, glue and extra poster board you are welcome to bring them. 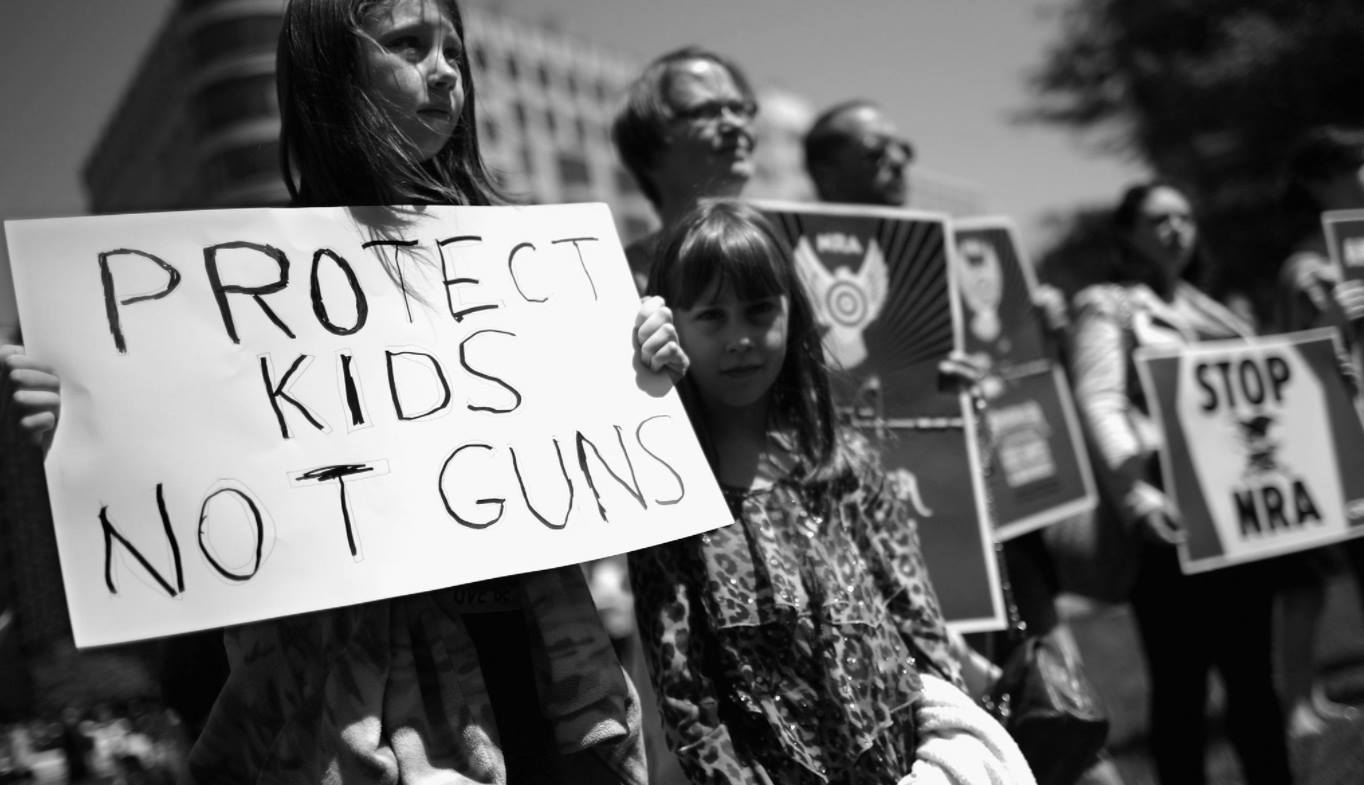 Before Saturday's March, sign this petition HERE, calling for elected officials to:

1. Passing a law to ban the sale of assault weapons like the ones used in Las Vegas, Orlando, Sutherland Springs, Aurora, Sandy Hook and, most recently, to kill 17 innocent people and injure more than a dozen others at Marjory Stoneman Douglas High School.

Of the 10 deadliest shootings over the last decade, seven involved the use of assault weapons.

No civilian should be able to access these weapons of war, which should be restricted for use by our military and law enforcement only. These guns have no other purpose than to fire as many bullets as possible and indiscriminately kill anything they are pointed at with terrifying speed.

2. Prohibiting the sale of high-capacity magazines such as the ones the shooter at our school—and so many other recent mass shootings used.

States that ban high-capacity magazines have half as many shootings involving three or more victims as states that allow them.

Limiting the number of bullets a gun can discharge at one time will at least force any shooter to stop and reload, giving children a chance to escape.

3. Closing the loophole in our background check law that allows dangerous people who shouldn’t be allowed to purchase firearms to slip through the cracks and buy guns online or at gun shows.

97 percent of Americans support closing the current loopholes in our background check system.

When Connecticut passed a law requiring background checks on all handgun sales, they saw a 40 percent reduction in gun homicides.

22 percent of gun sales in this country take place without a background check. That’s millions of guns that could be falling into dangerous hands.

A background check should be required on every gun sale, no exceptions.

We will march from here to the other side of St. Francis and then we'll head downtown in time for the March!

MARCH FOR OUR LIVES

Santa Fe youth will meet up at the Roundhouse and then march to the Plaza rally against gun violence! 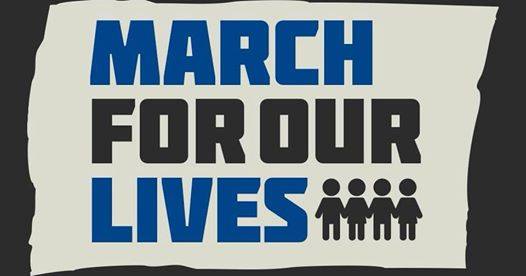 Are you in the Las Vegas area, join your community for

MARCH FOR OUR LIVES - LAS VEGAS

Bring your signs and friends! 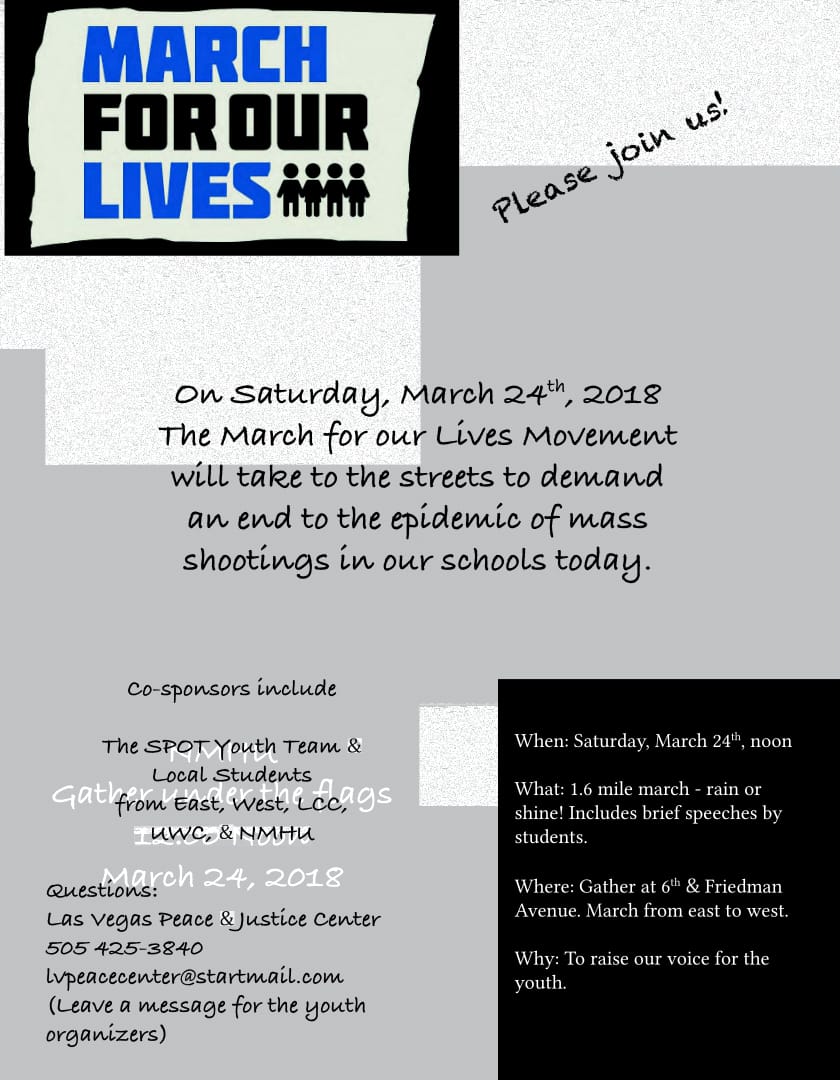 This City Council Meeting will be at the Southside Library!

Thanks Councilor Abeyta for motioning to get City Hall into the community!
We'll send out the agenda once it has been posted on the City of Santa Fe website!
We also made a Facebook event page to make it easier to post the agenda once the City sets it as well as post updates!
RSVP HERE

at the Center for Progress & Justice

1420 Cerrillos Road (Across from the Santa Fe Indian School 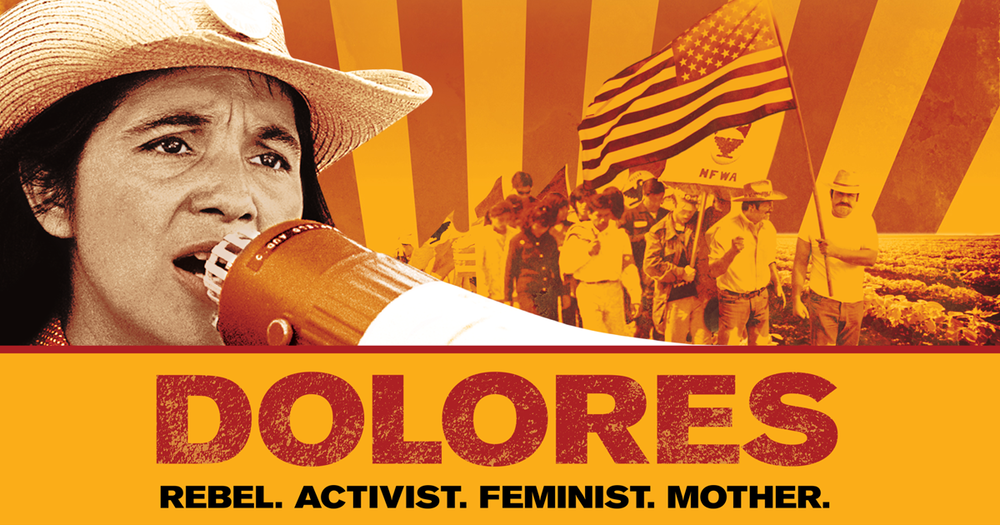 Our Youth Action Network meets monthly to build community and learn about sustainability & social activism together.