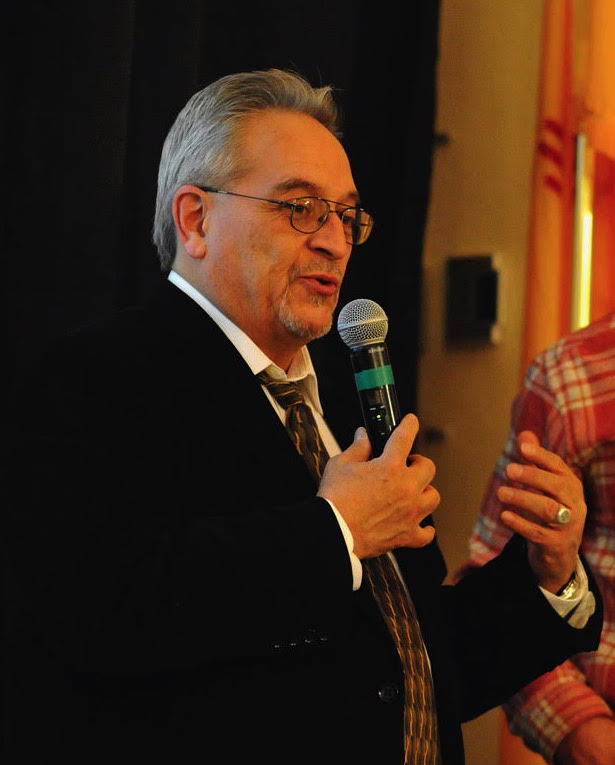 Miguel Angel Acosta joined the Earth Care team in the summer of 2017 to launch Poder Familiar - our parent leadership program which he'd been dreaming up for some time. A long time ally and role-model, Miguel now co-directs the organization in our shared leadership model. Miguel was born in Chicago but made in Mexico. He has been the Director of El Colegio Sin Fronteras, a social enterprise focused on community education, training and capacity building for healthy communities, as well as a Principal Associate at the Center for Relational Learning, an international consulting firm based in Santa Fe, NM which focuses on building family-community-school partnerships.  Prior to that he served on the Board of Education of Albuquerque Public Schools where he helped establish The Community Schools Partnership with the City, County and Business Community and he worked for many years at the University of New Mexico where he was instrumental in establishing the Freshman Year Experience programs in the College Enrichment Program, Undergraduate Studies and across the campus. He has more than 40 years of experience in advocating for educational opportunities and community development for underserved populations.  Miguel Angel’s work with youth, families and communities ranges from teaching in alternative high schools, developing youth leadership programs, developing and teaching in adult basic education programs, working in violence and substance abuse prevention, restorative justice, community health initiatives, recruitment and retention work in higher education, community schools, personal, family and community coaching, school-led community revitalization and as a public servant and elected School Board Member.  His family came out of Jalisco, Mexico, and first migrated to Chicago around 1919.  His father, Miguel, participated in the Bracero Program as a farm worker in California and later toiled in a Chicago factory until he could work no longer.  His mother, Luz Maria, worked as a seamstress in Chicago as had her mother before her, and was a community and jobs activist.  They are now resting in peace together back in Jalisco.  Miguel has two sons, Jose Miguel, 29, and Miguel Angel 35, an awesome granddaughter and future scientist and soccer star, Isabela, and a grandson Emilio who has plans to be a superhero.  He is patiently supported in all he does by his loving partner, Analicia, who also shares three grandsons with him. Elijah, Isaiah and Dominic.

Mary Ann is the Coordinator of Earth Care's programs and the person we all look to to keep things moving and organized. She graduated from Earth Care's Cadre Program where she completed her service working with the Santa Fe Farmers Market Institute for two years. She was born and raised in Santa Fe. She has a B.A. in Environmental Science and Policy from Smith College. After graduating she headed to Jordan on a Critical Language Scholarship to continue her Arabic language studies. Prior to joining the Earth Care’s Food Justice Cadre, she worked as a Program Assistant at an environmental studies institute in the Middle East. After a few years away, she is excited to rejoin her community supporting youth organizing.

Seneca Johnson has been involved with social justice and community organizing throughout her high school years, and initially joined Earth Care through the El Puente Leadership Academy in 2019. After the program, she worked with other youth and Earth Care staff to co-found YUCCA as a BIPOC youth-centered organization made to hold our elected officials accountable to creating a green and livable future. Seneca is from the Mvskoke and Seminole Nations of Oklahoma and grew up in Santa Fe, New Mexico. She graduated from the Santa Fe Indian School in 2020, with a full-ride scholarship from the Gates Foundation to Yale University. Seneca is a prospective major in Ethnicity, Race, and Migration with a concentration in Indigenous studies. She is excited to find new ways to get involved in community organizing and opportunities to serve her community. 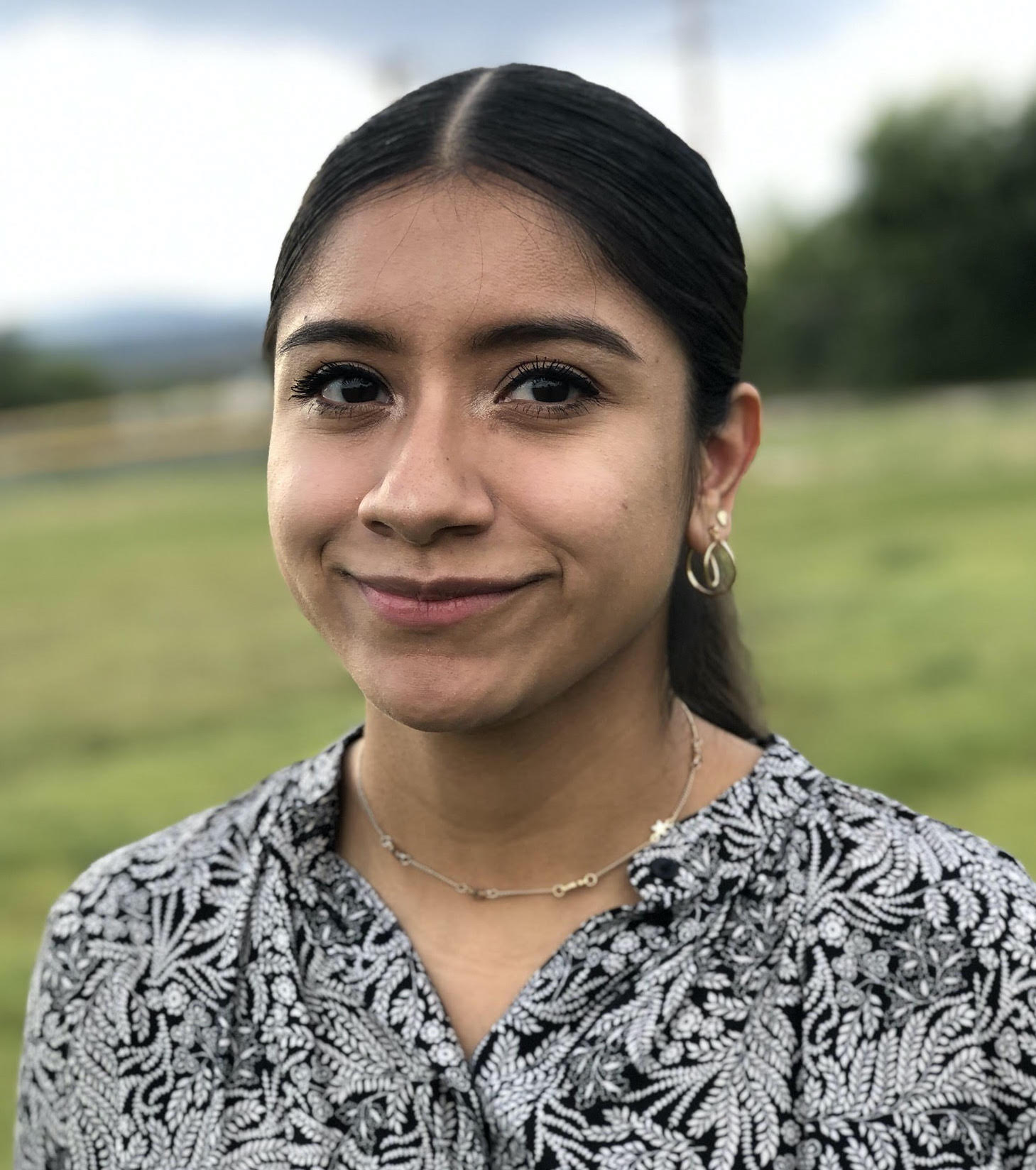 Selma was born and raised in Santa Fe. Ever since high school, Selma wanted to help her Santa Fe community be less segregated and have more equal opportunities. Then, she left off to college to learn new ideas to be able to bring back to her community. Selma earned her B.A. in Global Studies from St. Edward's University. During her time at St. Edward's, you could find her always volunteering and learning new ways to approach social justice issues. Now that she is back in her hometown, she is doing the same. She started as a volunteer for the Santa Fe Mutual Aid Network during the pandemic. Now she is Santa Fe Mutual Aid Coordinator, where she supports different pieces of the Santa Fe Mutual Aid network and its members. She is excited to see how this position will help her pursue her goals in helping the Santa Fe community be more equitable. 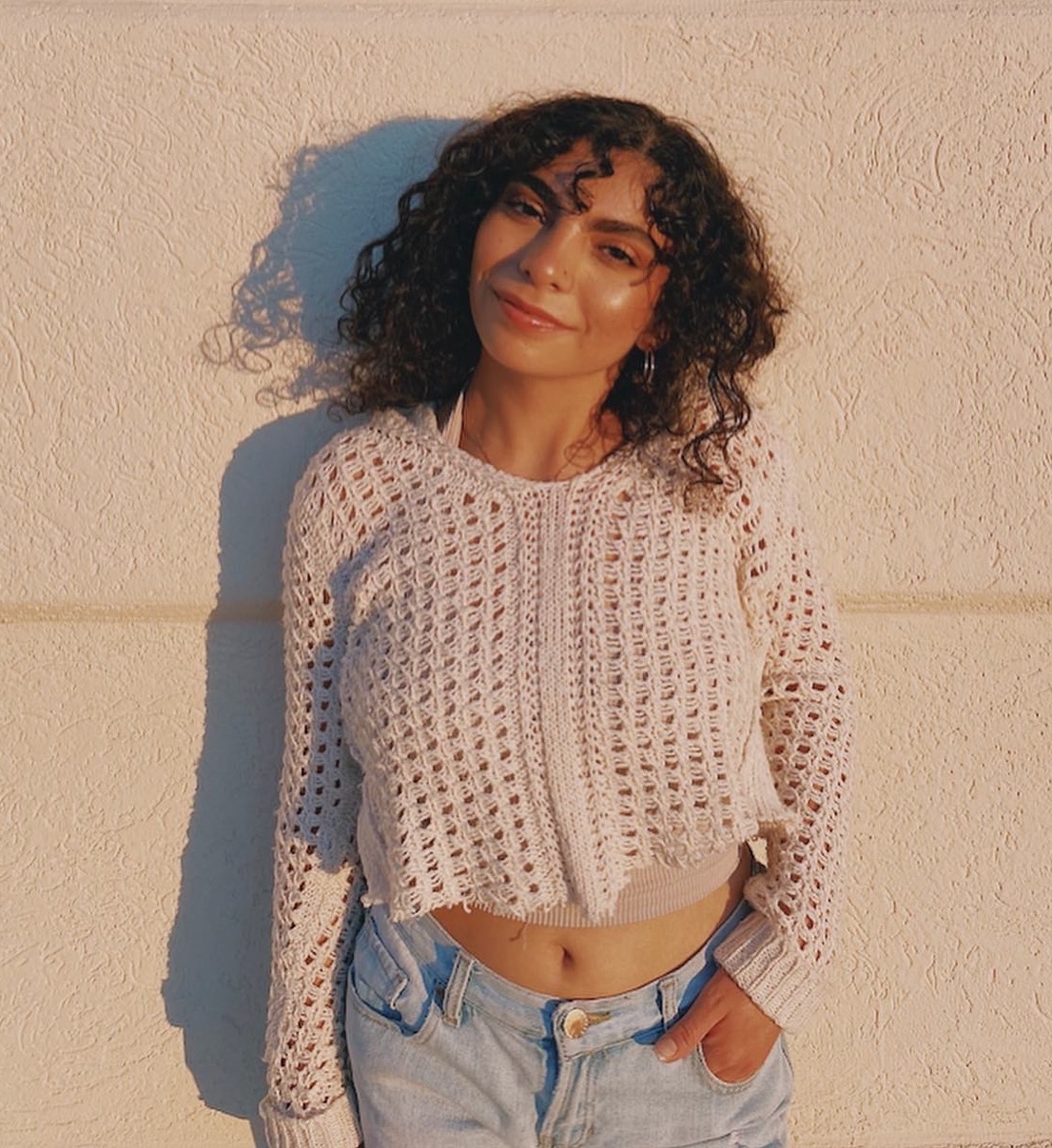 Domenica Nieto is one of the newest members of the Earth Care family. She is currently in her third year at the University of New Mexico majoring in Latin American Studies and Spanish and is looking forward to getting more involved with various youth organizers to provide more resources for the people of Santa Fe.

Bianca does a lot of work behind the scenes to support the awesome programs & work of the organization that is led by other staff and our amazing youth including YUCCA (Youth United for Climate Crisis Action). She joined Earth Care in 2006 to develop and launch its youth leadership and organizing program, Youth Allies for Sustainability, when she was just 24 years old. Over many years she built out the Youth Allies program model and a

lso co-founded and directed Earth Care’s Food Justice and Environmental Stewardship AmeriCorps Service program. After eight years of running Earth Care’s leadership programs, she assumed the role of Executive Director in 2014 in order to revive the organization and shift the organization to fully embrace it's justice and equity orientation - through the development of an amazing staff of home-grown leaders and a shared leadership model, now fully implemented, though always a learning process. Born and raised in New Mexico, Bianca has been organizing around issues of social justice and sustainability in her home community since she was a teen at Santa Fe High School. Before joining Earth Care, Bianca worked as an educator and community advocate for a number of organizations across the country including Global Exchange, the Border Network for Human Rights, and Del Pueblo Inc., Local Energy, and Antioch College. She served as the Mayor appointed Chair of the Sustainable Santa Fe Commission for 3 years and was also an appointed member of the Santa Fe Policy Council. She currently splits her time between Earth Care and New Energy Economy where she implements climate justice campaigns and supports the staff as its Associate Director. 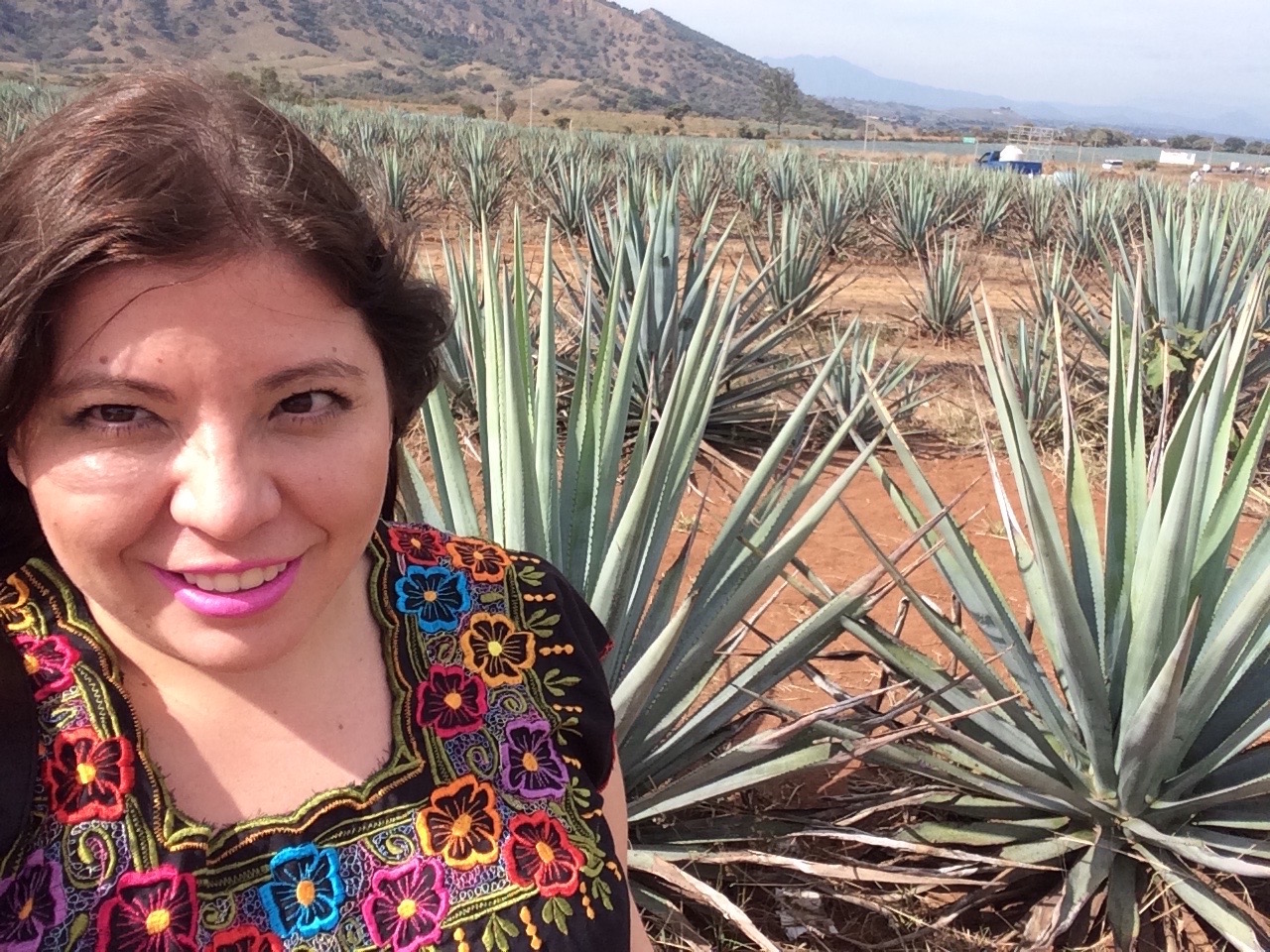 A dreamer born in Chihuahua, Mexico, raised in Colorado and currently a New Mexico resident. Brenda attended Santa Fe Community College where she became part of the Student Ambassadors program. As a student ambassador she supported student retention and their success. In 2007, she graduated with an Associates Degree in Business Administration and Accounting. She then transferred to the University of New Mexico to continue her education. At UNM, she worked at the Community Engagement Center as the AmeriCorps Coordinator and administration. In 2012, she received a Bachelor’s Degree in Business Administration. Brenda joined the Earth Care family in 2018, after she was instrumental in making the 2018 Poz'Orale event a sucess. She is excited to be part of the board to support community outreach and help plan future fundraising events. 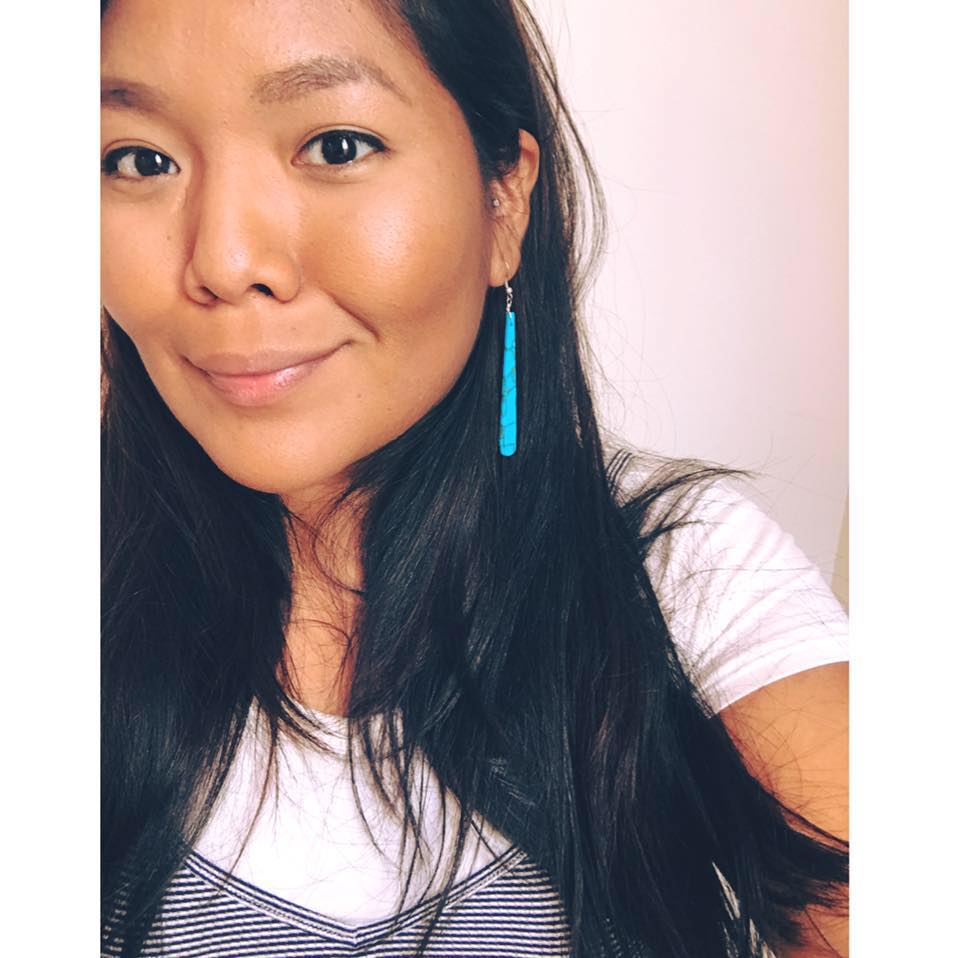 Autumn Billie is a Youth Allies alumna and former YA staff member/trainer. Autumn is from the tribal communities of Taos Pueblo, Acoma Pueblo, and Navajo Nation. Autumn organizes and facilitates arts, activism and empowerment projects with Indigenous and Pueblo women. She has worked as a reproductive health and body sovereignty facilitator with Tewa Women United and as an Office Aide with Wise Fool New Mexico. She currently attends Arizona State University and is majoring in Film and Media Production. She is a talented spoken word artist, writer and filmmaker. 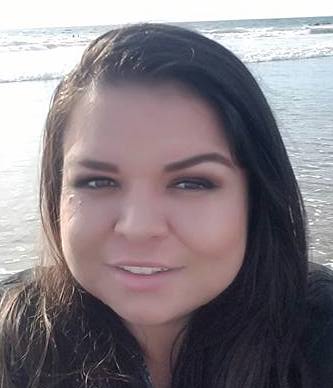 Nohemy is an Earth Care AmeriCorps alumna. She was placed at our service-site La Familia in 2013-2014. She currently works for the Chainbreaker Collective and Health Action New Mexico and is a community advocate for the Southside Quality of Life Initiative. She brings a wealth of community organizing and social justice knowledge to the organization and it is great to have her back in a new leadership capacity. 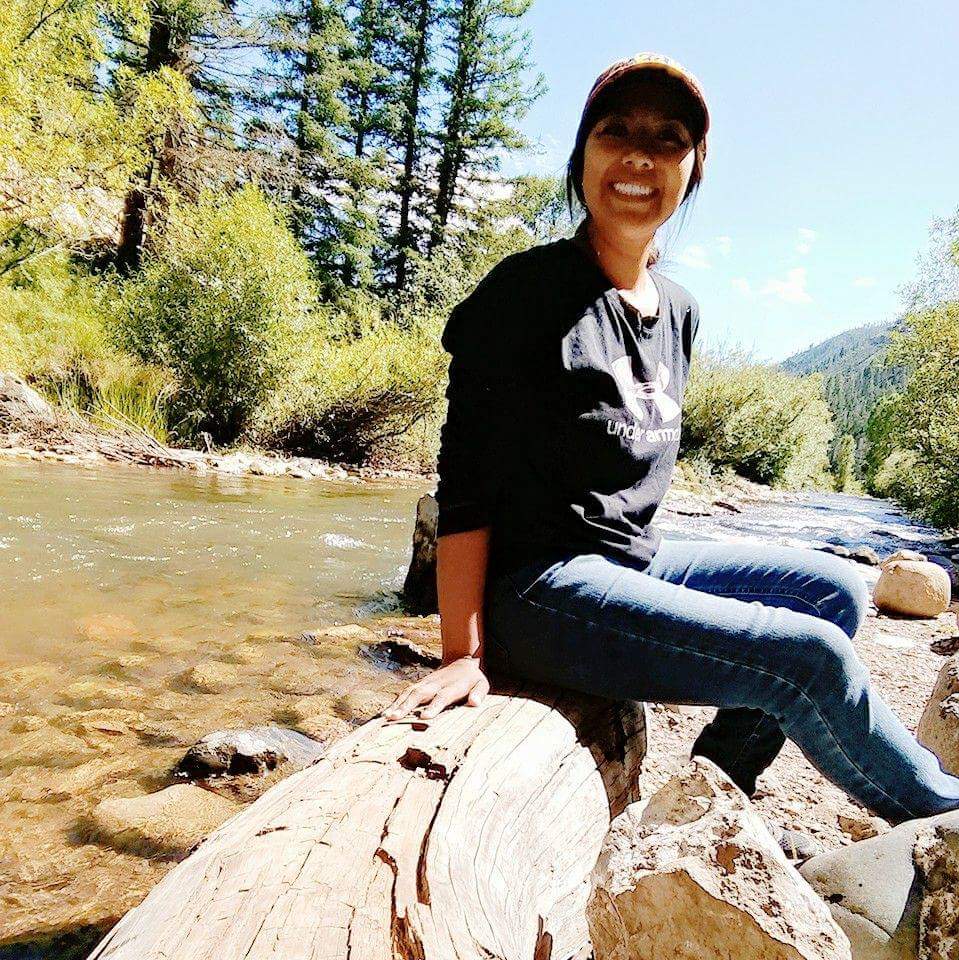 Victoria is a Youth Allies alumna and former YA staff member/organizer. Victoria is from Santo Domingo Pueblo, New Mexico. Victoria was a previous Youth Allies member for Earth Care while attending Santa Fe Indian School and is a graduate of Earth Care's Cadre Program through which she served as a youth organizer. Victoria has a Masters in natural resource management and a BS in Wildlife Science, Biology and Rangeland Science. She currently serves as the Environmental Education & Community Outreach Coordinator at Pueblo of Santa Ana Department of Natural Resources. 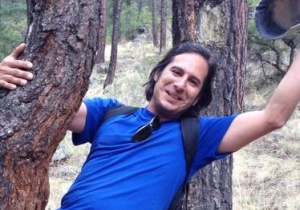 Jorge was part of the original training team that helped to develop Earth Care’s Youth Allies curriculum when he worked for the Santa Fe Mountain Center’s Native American Emergence Program. He has over 20 years experience working in youth development and community advocacy. He is currently completing his masters in community planning. 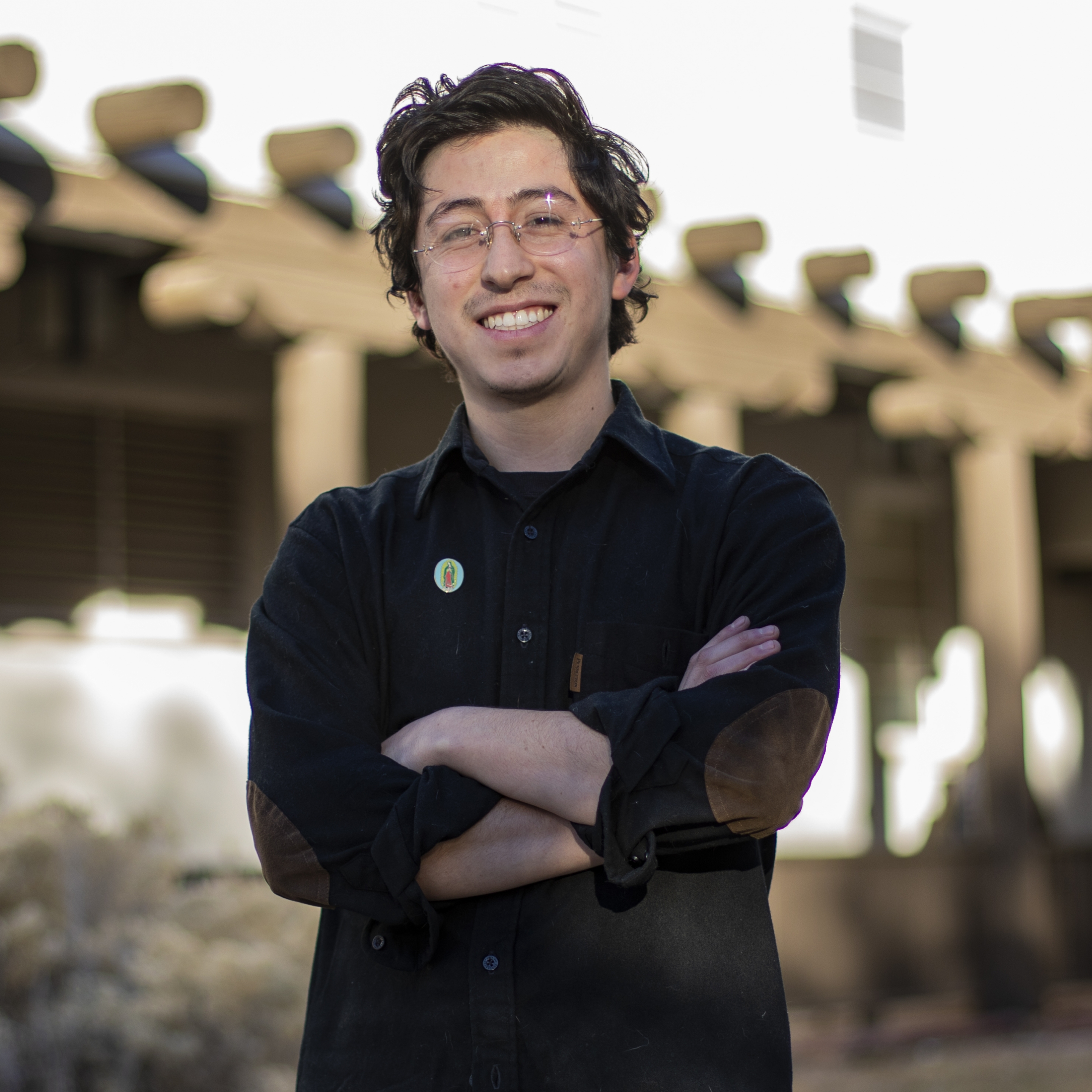 Sergio first joined Earth Care through the Youth Allies program in 2008. He continued with working with Earth Care until he graduated high school in 2010. He worked as a Labor Union Organizer with the International Local of UNITE HERE! in 2012 and was very active in the Place Matter Movement for health equity in Bernalillo County while he worked toward his Bachelor's Degree at the University of New Mexico. He is currently pursing his PhD Biomedical Informatics at Stanford University School of Medicine. He attributes much of his success to the leadership skill and character he developed in the Youth Allies Program.

Hector immigrated from Monterrey, México to the Española area with his family when he was 8 years old. He grad- 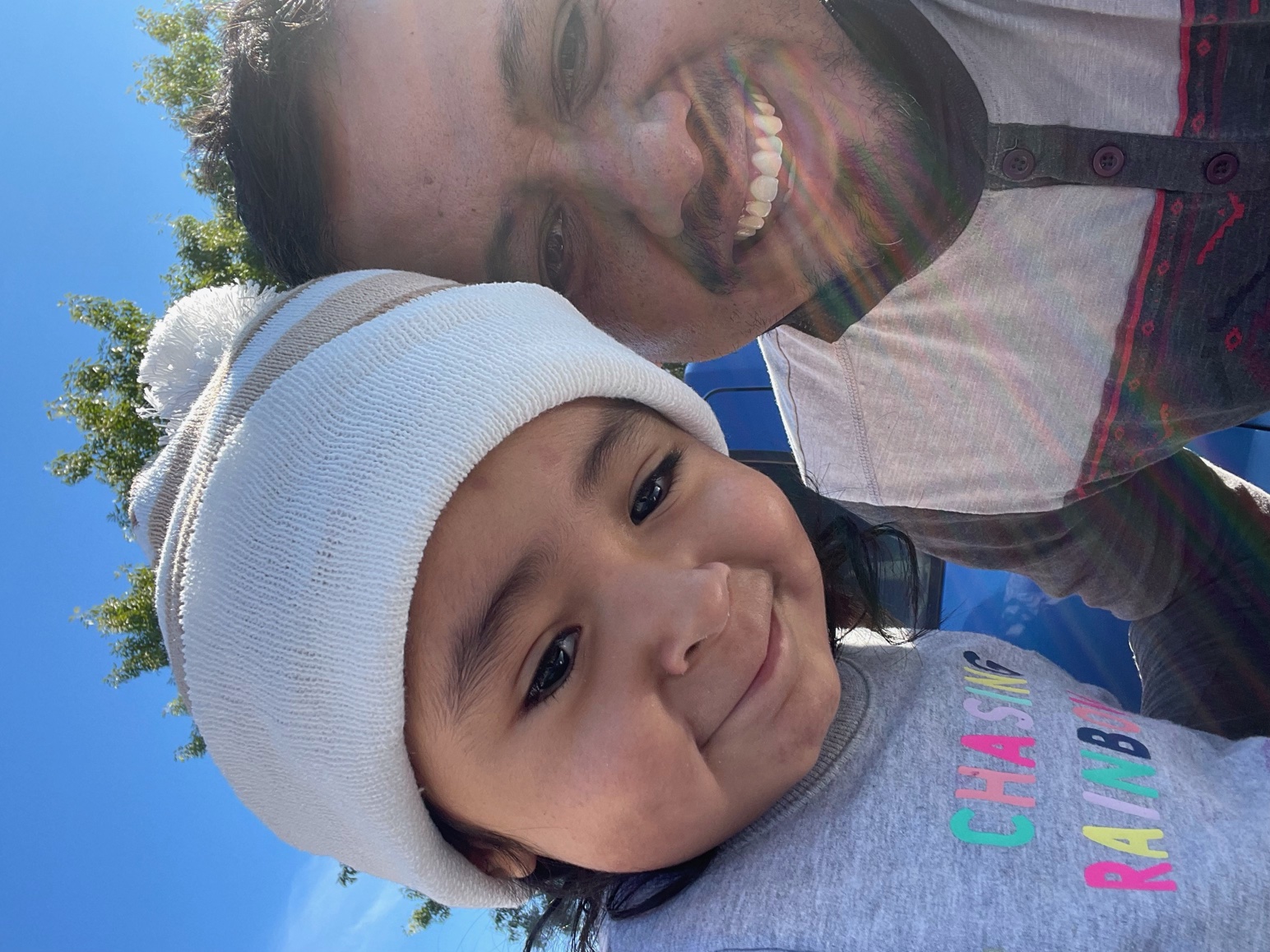 uated from Española ValleyHigh and obtained an Associate’s Degree from Northern NM College. He has organized and advocated for immigrant youth and families since 2011 here in New Mexico and nationwide. He now does case management in the Santa Fe area for Fathers New Mexico. As an immigrant, father and long time Northern New Mexico he is invested in helping immigrant and underserved families thrive.