THE JUDGE RULED THE CITY MUST IMPLEMENT RANKED CHOICE VOTING FOR MARCH!

BUT NOW WE NEED THE COUNCIL TO SHIFT TO IMPLEMENTATION 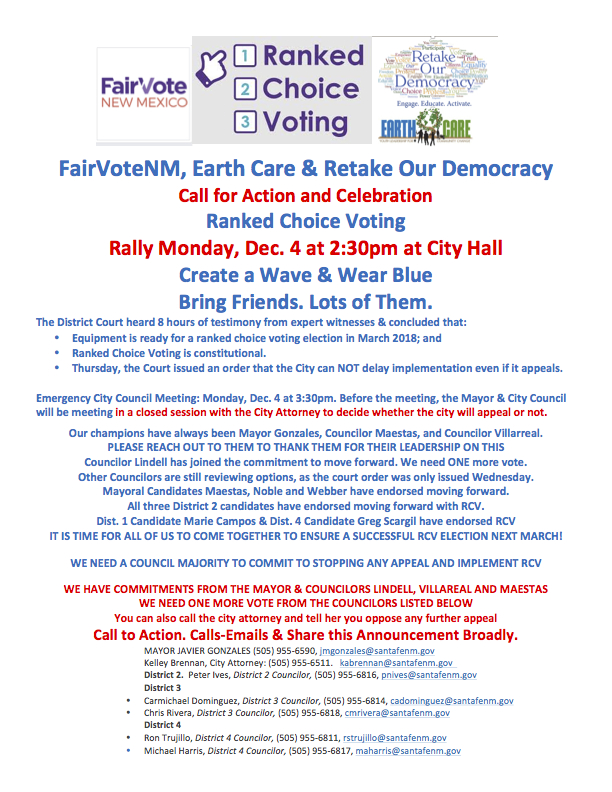 We packed the Court house and the facts of the case were clear. After 8 hours of evidentiary hearing, the judge found a “non-discretionary obligation for the City to proceed with RCV in March 2018.”  Further, he ordered that the City “can no longer delay implementation.”

We've been asked a lot why we're one of the organizations leading this campaign -- why we care about this so strongly? As a young organization focused on the leadership development and civic engagement of our youth of color and working families it's because:

2) The voter education work that will take place through this campaign is an opportunity to engage more of our community members in democratic participation -- which is critical in 2018 - for our local election, our state elections, and the midterm election

3) Ranked Choice Voting makes every voter's voice matter even more -- and for us young folks, who have so many reasons to be disillusioned by the electoral process and who often sit out local elections - that's compelling.

4) We're sick of elections being about choosing between bad choices. Ranked choice voting is going to make it more possible for folks from our own communities, emerging leaders, and more progressive candidates to run without worrying about being accused of spoiling election results. This is a great thing!

5) We believe in going after our visions -- not constantly using our deficiencies as an excuse. We believe the City can get it together to run a successful Ranked Choice Voting election and we're down to help. We want the City to stop dragging its feet and put the energy it put into fighting against this - into implementing it successfully.